Mystic – the home of the 1980’s film Mystic Pizza! And it’s still standing!

The pizza didn’t disappoint. Being Englander’s I’m not sure we’re the best judges of what constitutes great pizza, but in our eyes, this was it. We opted for the Mystic Special – of course, we couldn’t order anything else! It came steaming hot and within five minutes of ordering. It was light and spongy but with a crispy crust, and crunchy vegetables.

I also opted for a chocolate milkshake. These days, whenever I see milkshakes on the menu I can’t help but order one; I’ve started judging a place by the quality of their shakes. This was one of the best I’ve ever had. It was like drinking sweet chocolate ice cream, with an extra dollop of creaminess on top. Delicious. 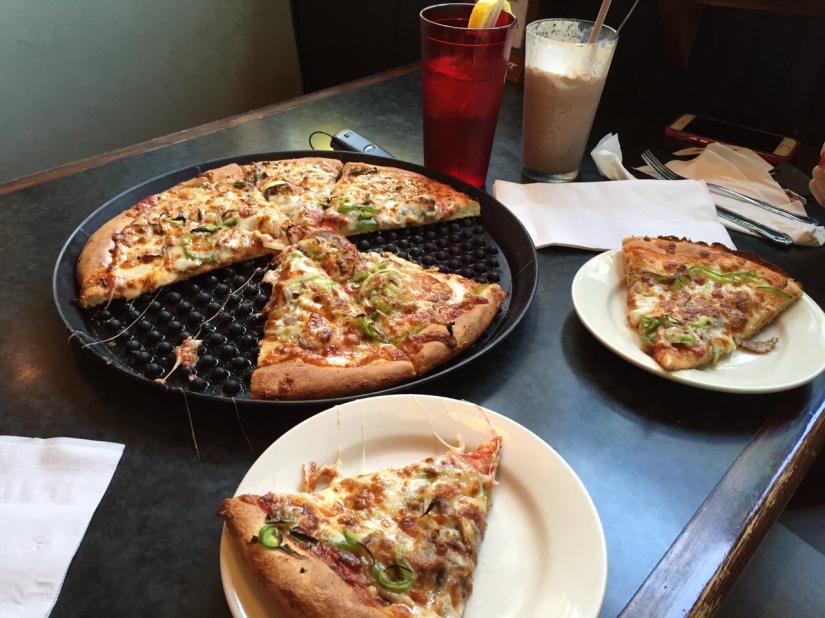 Surprisingly I’ve never seen the film, but given many of my other rom-com favourites from the 80’s – Look Who’s Talking, Dirty Dancing, Three Men and a Little Lady, Top Gun and Cocktail – to name but a few – I felt like I’d seen it a million times. I believe much like the waitresses there since it’s played on repeat all day every day!

Mystic Pizza is like an old school American diner and from what I was told, it hasn’t changed a bit since the film was shot there back in the day. It has the traditional booths as seats and has that distinct American food smell as you walk in.

After we’d had our fill of pizza and shakes, and to avoid a post-meal slumber, we took ourselves on a walk around the town. I’m not sure what I thought I’d see when visiting Mystic, apart from the obvious, but its charm, outside of that given from the film, was quite alluring. 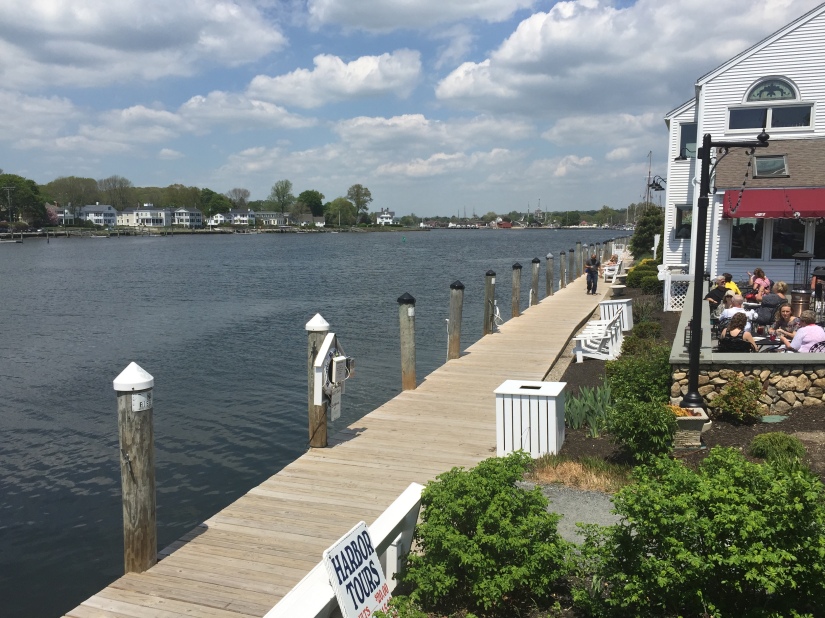 It’s clearly a place with money since many of the huge mansion houses came complete with private docks and jetties. It was so hot yesterday that I felt the urge to go for a dip in the surprisingly clear waters. That was until I saw the onslaught of jellyfish. So we settled on the dock with an ice cream and a cup of tea.

We even witnessed a group of children giving a concert for parents and villagers – apparently a common occurrence in American towns.

It was a calming place; it gave me a sense of warmth and comfort at being there, sort of like going home. Pizza or no pizza, Mystic is on my list of favourites in CT, and I’ll certainly be visiting again.

Let me know what you think! Cancel reply